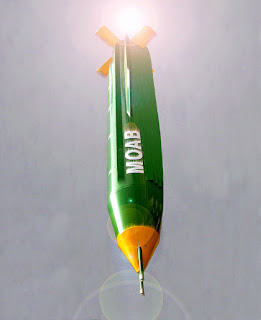 MOAB, the largest non-nuclear bomb ever used by the US military, explained

Updated by Zack Beauchamp@zackbeauchampzack@vox.com Apr 14, 2017, 10:59am EDT
The US military has just dropped a big bomb in Afghanistan.

The GBU-43/B Massive Ordnance Air Blast, also called the “mother of all bombs” or MOAB for short, is the largest non-nuclear bomb ever used by the US military on the battlefield. The 11-ton weapon was first tested in 2003 but had never been used in combat prior to Thursday — when a US MC-130 aircraft dropped one on what it claims was a network of ISIS tunnels. 36 ISIS fighters were killed, according to the Afghan government, and the US military has not found any evidence of civilian casualties.

The obvious question, following such a high-profile show of strength, is what this means. Does this mean ISIS is a bigger threat in Afghanistan than we previously thought? Is this President Trump just following through on his campaign promise to “bomb the shit out of ISIS”? Is the Trump administration trying to send a signal to countries like North Korea and Iran that it means business?

According to experts on weapons and foreign policy, it seems this was a military decision, not a political one, based on the realities on the ground in Afghanistan right now. There’s no reason to assume this was something out of the ordinary, even though the bomb was bigger than ones typically used by the US military.


For one thing, a general, not the president, appears to have made the call to use the bomb —Gen. John Nicholson, commander of US forces in Afghanistan, specifically. For another, the nature of ISIS’s presence in Afghanistan means that it actually kind of does make sense to use this bomb. Finally, Trump himself suggested it was not intended to send any kind of message.


“I don’t know if it this sends a message; it doesn’t make any difference if it does or does not,” Trump told reporters on Thursday. “This was another very, very successful mission.”

The speculation, in short, was way over the top.

“There is so little trust ... in the Trump administration to make basic tactical decisions that everyone sort of assumes something crazy and weird is going on,” says Rob Farley, a professor at the University of Kentucky who studies the Air Force. “But I’d suggest not jumping to conclusions about what this particular weapon means.”


The more important questions here are the standard ones you should ask after any US airstrike. Did the strike accomplish its objectives? Are the initial reports that there were no civilian casualties correct? Were the appropriate precautions taken to minimize the risks of the strike? Was the strike proportional to the threat, and did the value of the military target justify the risk of killing innocents?

The fact that these questions remain unanswered, however, is normal at this point — they usually take a while to fully investigate, and we just heard about the bomb. But just because a larger-than-normal bomb was used here doesn’t mean there’s necessarily anything out of the ordinary.
Why the US military would use a MOAB

Why the US military would use a MOAB 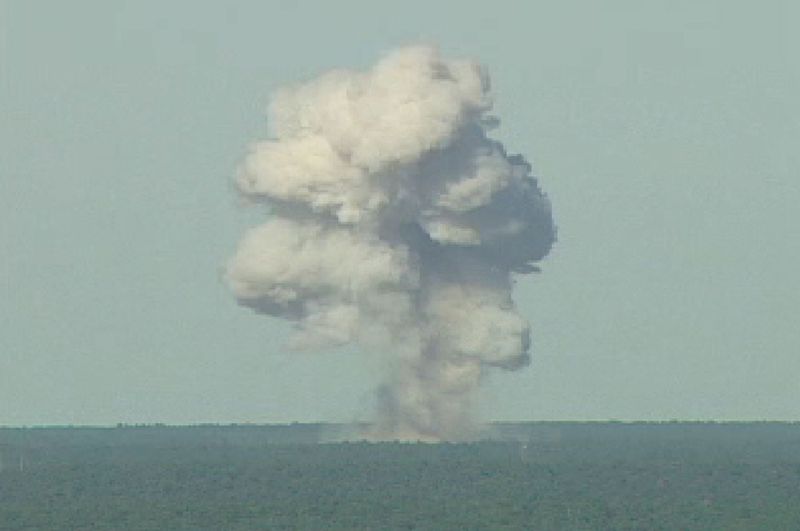 A smoke cloud created by a MOAB. (USAF/Getty Images)

The MOAB is not only powerful but also extremely large in a physical sense. It’s so big that it can’t be delivered by a normal bomber; you need to put it in a cargo plane like the MC-130 in order to get it to a target. Cargo planes are easier to hit with anti-aircraft missiles than bombers, which means the MOAB is inherently somewhat riskier to use than smaller bombs.

These two facts of the MOAB — that it’s delivered by a cargo plane and that it destroys stuff on the surface — explain why it’s not used very commonly by the US military. Since the weapon was made ready for use in 2003, the US has fought a lot of missions in densely populated urban areas and/or specifically targeting smaller enemy troop deployments.

Those aren’t optimal situations for MOAB use because of the danger of collateral damage, and the added risk created by dropping it from a cargo plane means the US military rarely has a need to use it.

“It’s a weapon that has a narrow target set,” an Air Force official told me. “It’s primarily intended for soft to medium surface targets — targets like a cave and canyon environment.”

The area hit in Afghanistan appears to be one of the few targets that fit this profile.

The bomb site was in Achin District, a heavily agricultural area near the Pakistani border. Achin is also a hub of activity for ISIS-Khorasan — the name ISIS uses for its Afghanistan branch (Khorasan is a historical name jihadists often use for Afghanistan). If the US military is right — and we don’t know that it is — then a significant group of ISIS fighters were holed up in a large network of caves and tunnels in a relatively remote part of Afghanistan. It’s the rare case where using a MOAB makes sense.

As the group suffers mounting losses, Gen. Nicholson said in a statement emailed to press, it has begun to use things like bunkers and tunnels “to thicken their defense.” "This is the right munition to reduce these obstacles and maintain the momentum of our offensive,” Nicholson said.
This means less than you think 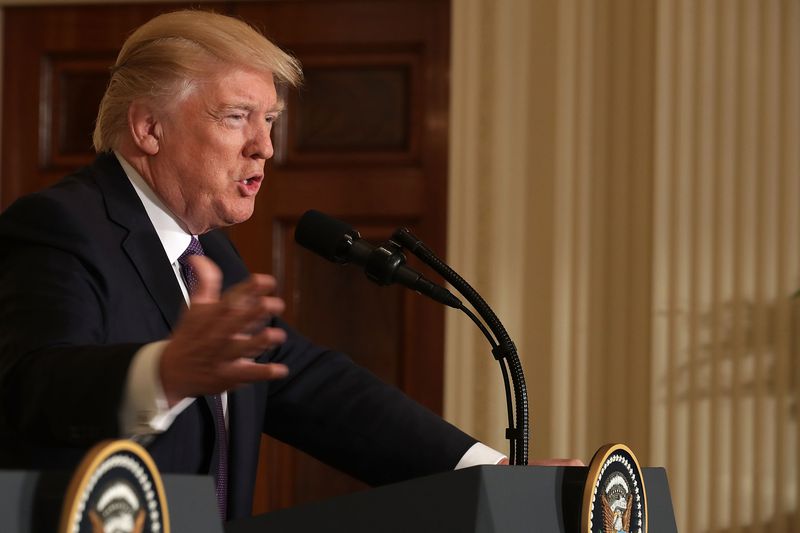 It’s easy to fixate on the use of such a huge bomb. But the truth of the matter is that the use of the MOAB means virtually nothing significant outside of the immediate area where the bomb was dropped. The mere use of a large bomb, in and of itself, is not strategically significant. There’s no evidence so far that the MOAB was used for any reason other than that it made sense to use it against this specific ISIS target.

It may be tempting to see this as evidence that the US is increasingly worried about ISIS’s influence in the country. But the truth appears to be closer to the opposite: ISIS’s forces have dropped by about 75 percent since their peak in late 2015, and the group has lostsignificant territory since then.

“By NATO's own estimates, it's something like 800 fighters countrywide, a big drop over past year,” Colin Cookman, an Afghanistan expert at the United States Institute of Peace, tweeted.

Nor does this bombing, in and of itself, augur a larger US intervention in that country.

“[It] means they are going after ISIS, otherwise nothing,” Barnett Rubin, a professor at Columbia University who studies Afghanistan, told me when I asked what he thought of the strike.

It has even less significance elsewhere. After the bomb was used, speculation turned almost immediately to the idea that President Trump was trying to intimidate American enemies.The Daily Mirror tabloid called it a “terrifying message to North Korea and other countries muscle-flexing against the US.”

But everything the US government has said so far suggests that the bomb was dropped for specific tactical reasons in Afghanistan, nothing more. Nor, experts say, does it really make sense as a way of threatening those countries.

“If you think about what a target profile might look like in either Iran or North Korea — both of those countries have air defense systems,” Farley says. “This is a weapon dropped from a C-130, which is not a stealthy aircraft and not really a combat aircraft at all. This is not a weapon you can drop on someone who has an active defense of the target — fighters or any kind of surface-to-air missile.”

Some overexcited coverage has even compared this bomb to a nuclear weapon, which nuclear experts think is completely absurd.

The breathless speculation and obsession over this bomb, which you’re seeing on both social media and cable news, needs to stop. This isn’t a toy or some kind of geopolitical game — it’s a weapon that just killed actual humans.

The questions we should be asking aren’t the kinds of things you would ask in a game of Risk. They are the ones we should always be asking of our military: Who was actually killed in the attack? Did they absolutely have to be killed? And was this the best way to go about doing that?

This is a bombing raid like all other US bombing raids, just with a somewhat novel device. We should focus on the deadly nature of the bombing raid itself — and not the technological wonder.